It was a beautiful Caribbean day, water conditions were excellent but Anna was feeling confused. Author Simon Pridmore recounts a CO incident… 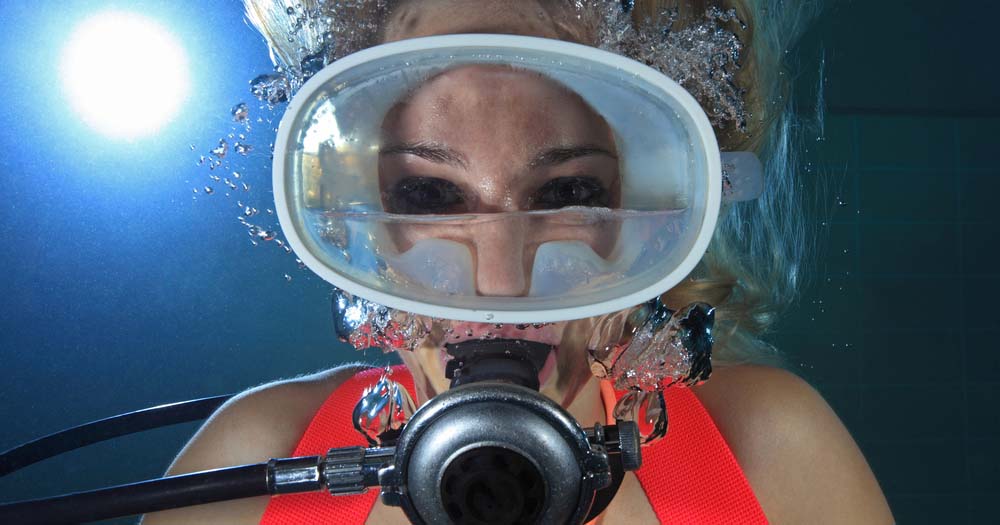 It was a beautiful Caribbean day, water conditions were excellent but Anna was feeling confused. Water had started to seep into her mask and, although she knew how to clear it somehow, she was unable to get the water out. She started to ascend.

Concerned, the divemaster followed her up, signaling to Pauline, the other diver in his charge, that she should wait and he would come back.

On the surface, Anna removed her regulator, adjusted her mask, gathered her thoughts and decided she had been foolish. So, although she still did not feel well, when the divemaster swam over, she gave him the thumbs down signal, indicating that she wanted to continue with the dive.

But when they descended again, Pauline was nowhere to be found. By this time Anna was sick and disorientated and the divemaster too was having problems.

“I was dizzy,” he said. “I don’t remember much, but I know my eyes closed at some point and right before we reached the surface I had a pain in my chest. I felt terrible.”

So, they went back up and raised the alert. A search was carried out for Pauline but she was never found. An investigation began several days later but by then the equipment the divers used had disappeared and a medical examination of Anna and the divemaster revealed nothing abnormal. Although they could not be sure, given the circumstances investigators strongly suspected that the culprit was carbon monoxide.

What is carbon monoxide?

Carbon monoxide is a completely invisible, tasteless and odourless gas that is formed when fuels such as gas, oil, coal and wood do not burn fully. It is very poisonous, has an immediately harmful effect on your respiratory system and is potentially fatal if it gets into your scuba cylinder, even in very small quantities.

How can it get into a scuba cylinder?

Carbon monoxide can get into a cylinder while it is being filled if there is an engine exhaust close to the compressor’s air intake. The source might be the exhaust from the compressor engine itself if it is broken or poorly located or, on a liveaboard, it could be fumes from the boat engine. On land, the carbon monoxide could simply come from a car with its engine running parked close to the dive shop’s compressor room.

How will you know?

Without deploying a little technology, you won’t know! Analysers are now available which you can use, or your dive centre can use, to detect the presence of carbon monoxide in a scuba cylinder. Otherwise, the first indication will be that you start to feel unwell during a dive. The symptoms are headaches, irritability, dizziness, confusion and shortness of breath. The confusion is a complicating factor because it means that your judgement will be impaired and you may not immediately take the correct action, which is to gather your dive team together, abort the dive and all ascend together.

Remember the key rule: one up – all up!

This extract is from a chapter of Simon’s book ‘Scuba Confidential”. You can view Simon’s full range of book HERE.