Peter Buzzacott, DAN’s Director, Injury Monitoring and Prevention, reviews a recent incident in which four divers were left at sea. What could have been done to prevent this happening? 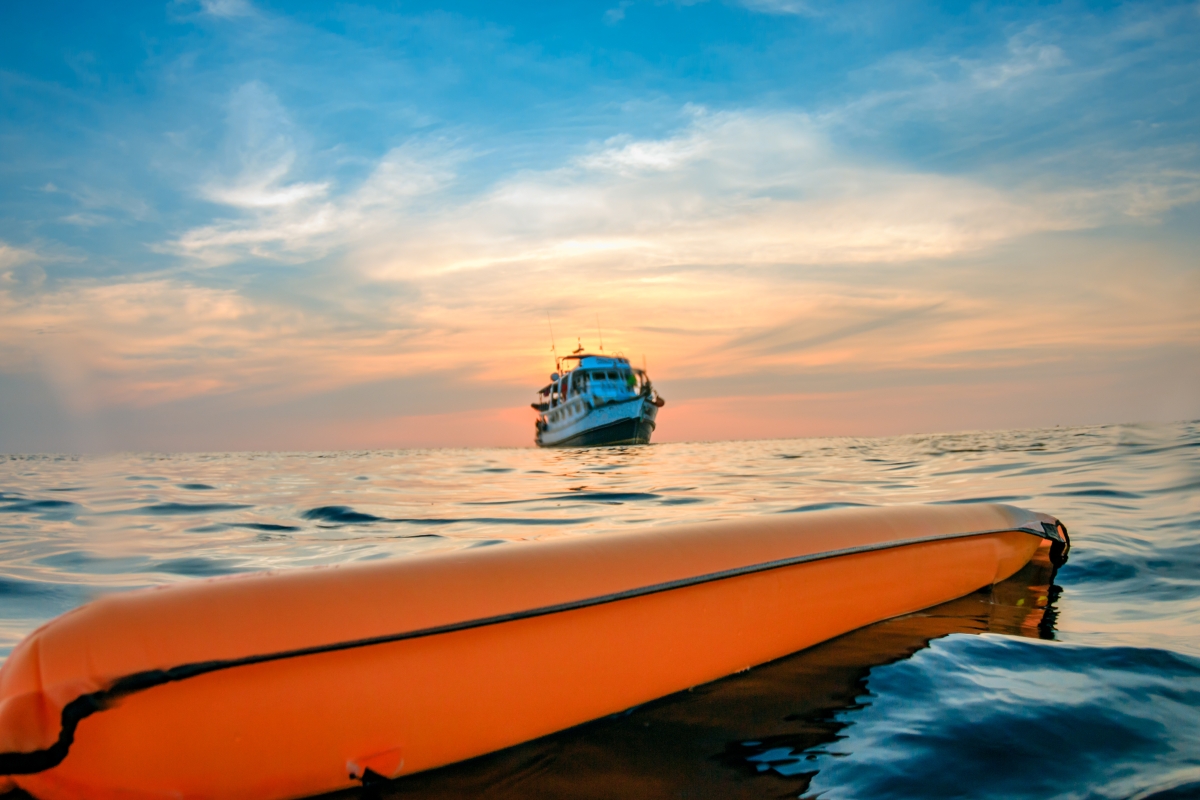 Peter Buzzacott, DAN’s Director, Injury Monitoring and Prevention, reviews a recent incident in which four divers were left at sea. What could have been done to prevent this happening?

The diver was a 45-year-old man who began diving in 2000 and got certified as an advanced open-water diver, nitrox diver and drysuit diver in 2007. He had made a total of 52 dives, most of which were in the ocean. Prior to the incident he had not been diving for eight years but had recently undergone two skills and buoyancy refresher classes at the location of the incident: One was just before the incident, and the other was during the previous year.

The diver rented all his gear and booked a morning boat dive that would be followed by a shore dive. When the group met at the dive shop, the sea looked calm, the forecast was clear and sunny.

The dive group consisted of the diver, two female divers and a male guide. The three customers wore full wetsuits, and the guide wore a shorty with a hood. They set up their gear and were briefed in the shop before they headed to the boat. The plan was to descend onto the reef and gradually ascend as the dive went on. The site was about 800m offshore, and the boat ride took 10-15 minutes. The diver began the dive with 193 bar in his tank.

The divers descended to the planned depth and swam toward the reef. After a while the diver informed the guide, as planned, that his gas supply was down to 103 bar. They swam some more until he signalled that his air was down to 48 bar. They ascended and made a five-minute safety stop, during which the guide deployed a safety sausage.

At the surface there was no boat in sight. The divers figured they would probably be picked up after a few minutes. They inflated their BCDs and relaxed. It was a bit breezy, and the seas started picking up a bit. After maybe 30-60 minutes, the diver could see the flybridge of a sportfishing boat close to shore moving north to south then south to north. Based on the height of the vessel’s bridge and the relatively calm seas, the divers hoped they would be spotted easily. None of them had a signal mirror. The boat kept heading north, then they lost sight of it.

More time passed, and then they saw a single-engine passenger plane with multiple windows. They waved their arms and the single safety sausage to no avail. The plane did not deviate from its course.

The wind-driven waves built with occasional waves over a metre, which would cause the divers to take in mouthfuls of seawater. None of the divers had a snorkel. The guide suggested that the group swim toward shore to offset at least some of their seaward drift. The divers finned at a sustainable pace for a long period. They dropped their weights and eventually their tanks — except for the guide, who had taken off his BCD, fully inflated it and was laying on top of it. At one point the guide had everyone join hands and swim backward together, pulling one another as needed, as each diver’s energy varied over time.

At 3 p.m., after four hours in the water, the divers became concerned about nightfall. Sunset was scheduled for around 6:50 p.m. No one had a strobe or a flashlight. The only comfort was that the wind was forecasted to calm down in the evening.

At about 3:45 p.m. the guide spotted a small boat. The group waved the sausage, screamed and blew a whistle as hard as they could, but the whistle was ineffective at signalling an upwind boat in the breeze. The boat did not see or hear them and headed back toward shore. Finally, it returned on another search leg, spotted the divers and took them aboard. At this point they were 4.5 – 6 kilometres offshore.

Around 80 percent of recreational scuba divers make fewer than eight dives per year. This diver may be typical of the “holiday” diver: renting minimal dive gear and trusting others to ensure his safety. As this incident shows, our lives can hang in the balance. This diver now intends to take more responsibility for himself.

During this ordeal, if any of the divers had a signal mirror — a small, lightweight and simple tool – they could have gained the attention of a passing boat much sooner. To signal a boat, simply extend one arm and give a thumbs-up signal, lining up your thumb with the boat (or aircraft) that you want to signal. With your other hand, hold the mirror up to your eye and look through the hole in the middle at your thumb. Wiggle the mirror; when you see sunlight flash on your thumb, you’ll know you are flashing at the boat or plane.

Modern, small, hand-held dive lights are quite powerful, even compared to those made five or 10 years ago. Every diver should carry a signal tube, also known as a surface marker buoy (SMB) or safety sausage. Never go into the sea without one. If you carry a signal tube and a bright dive light, then at night you can put the light inside the bottom of the tube to light up the whole tube like a giant lightsaber.

Many divers also carry a reel of braided nylon line, which allows deployment of the signal tube before ascent. The divers can reel their way up to 5m for a safety stop and hang under the tube. This alerts the crew aboard the dive boat (as well as other boats in the area) where divers are making safety stops, and it allows the dive boat crew to keep tabs on the divers’ location if they are drifting. Reels can also prove useful if a diver is caught in a slight current and wants to remain in place. In an emergency such as this incident, tie the reel to a weight belt or integrated weights, and lower the weights down to the seafloor. Having a line that’s at least three times as long as the water depth will reduce the bouncing of the weights on the bottom.

Even if you plan to rent your dive gear, DAN recommends bringing your own emergency signalling equipment in case you find yourself adrift, hoping to be found before the sun sets.

One thought on “Left at Sea”